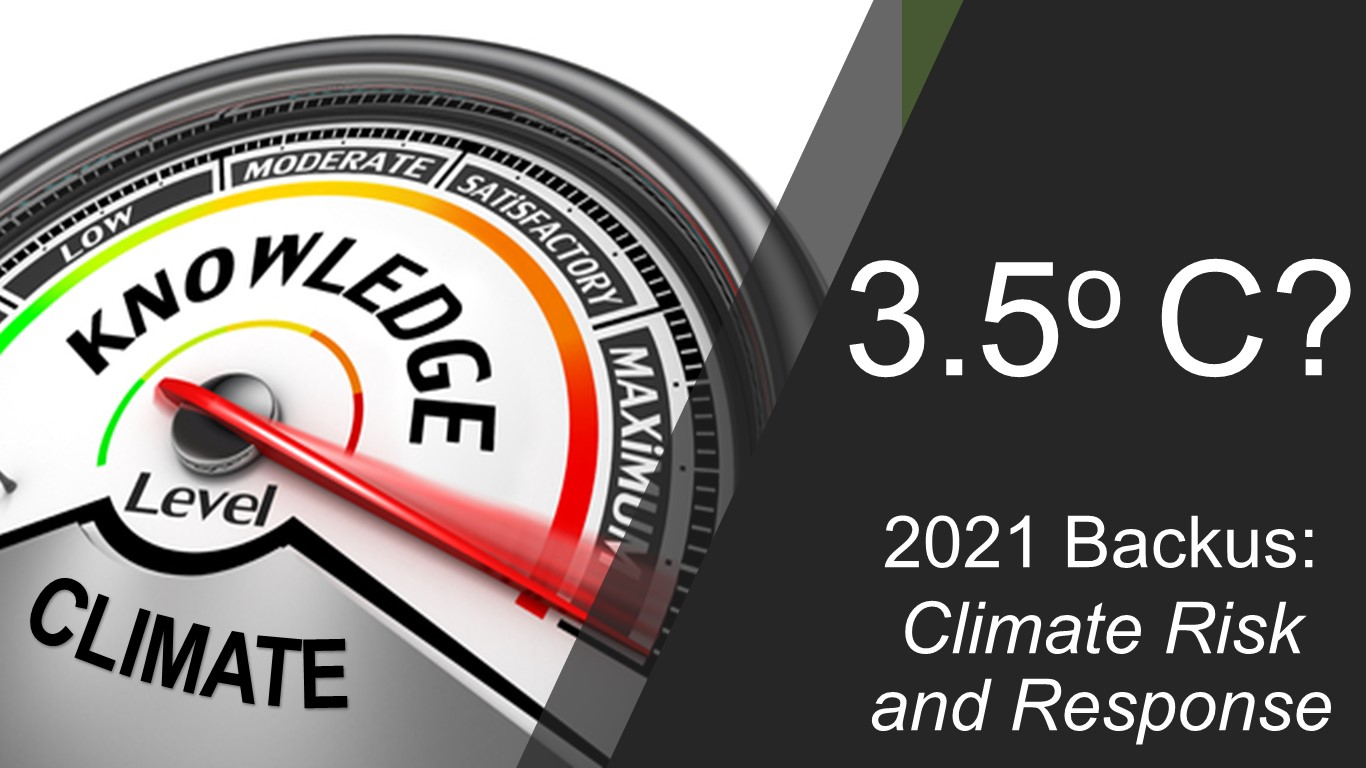 Referent Case simulations contain no economic, demographic, or climate feedback. They are simply the direct extension of the EIA and IEA analyses. Nor does this scenario include any climate change mitigation. In effect it is a “business as usual” forecast. 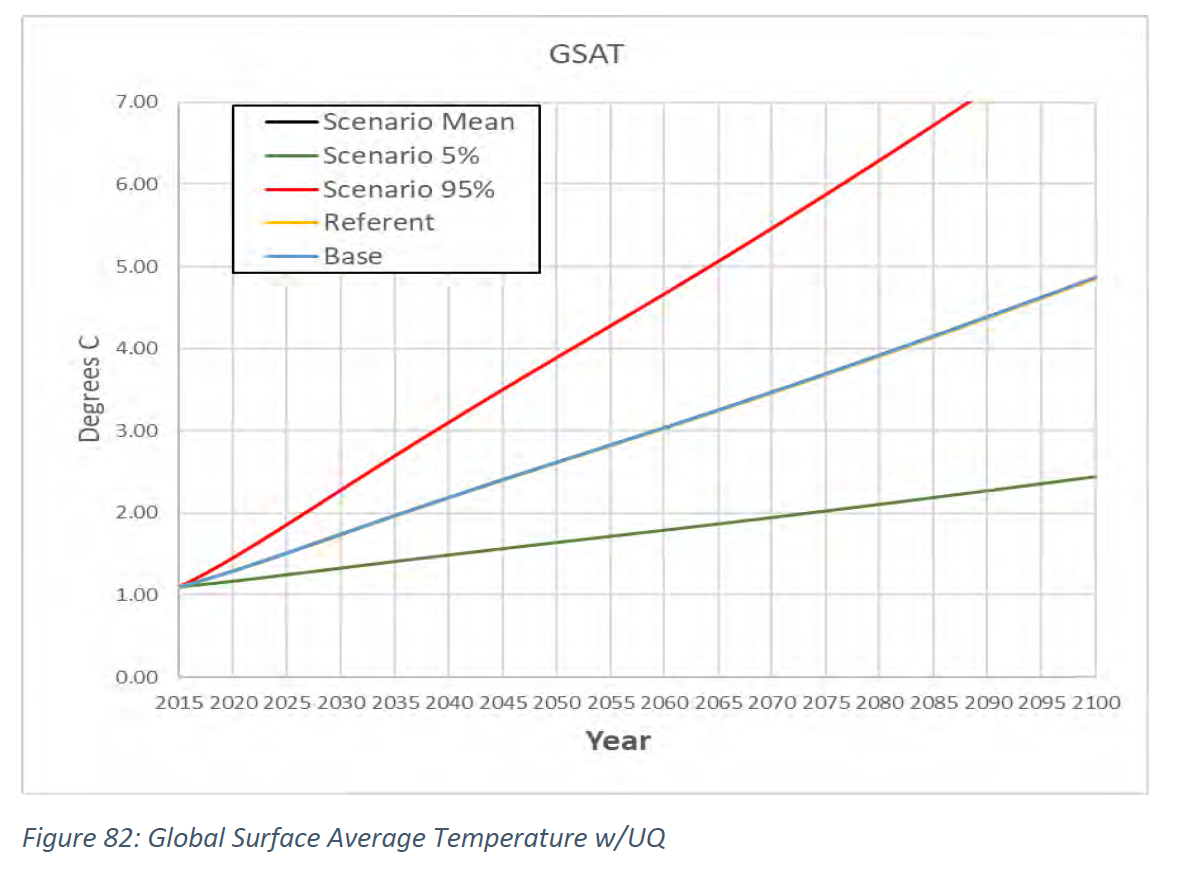 The Base case projection includes the feedback effects of the economic losses and deaths due to climate change. These impacts reduce energy demand and thus, emissions. The Base case also includes increased air-conditioning (electric and non-energy) responses to accommodate the added heat loads on equipment and people. The electric load still increases substantially, but much of it comes from new renewable energy sources (using the Referent fuel share logic, but no mitigation policy). Compared to the Referent case, all the factors essentially balance out and the net effect on temperature is negligible. 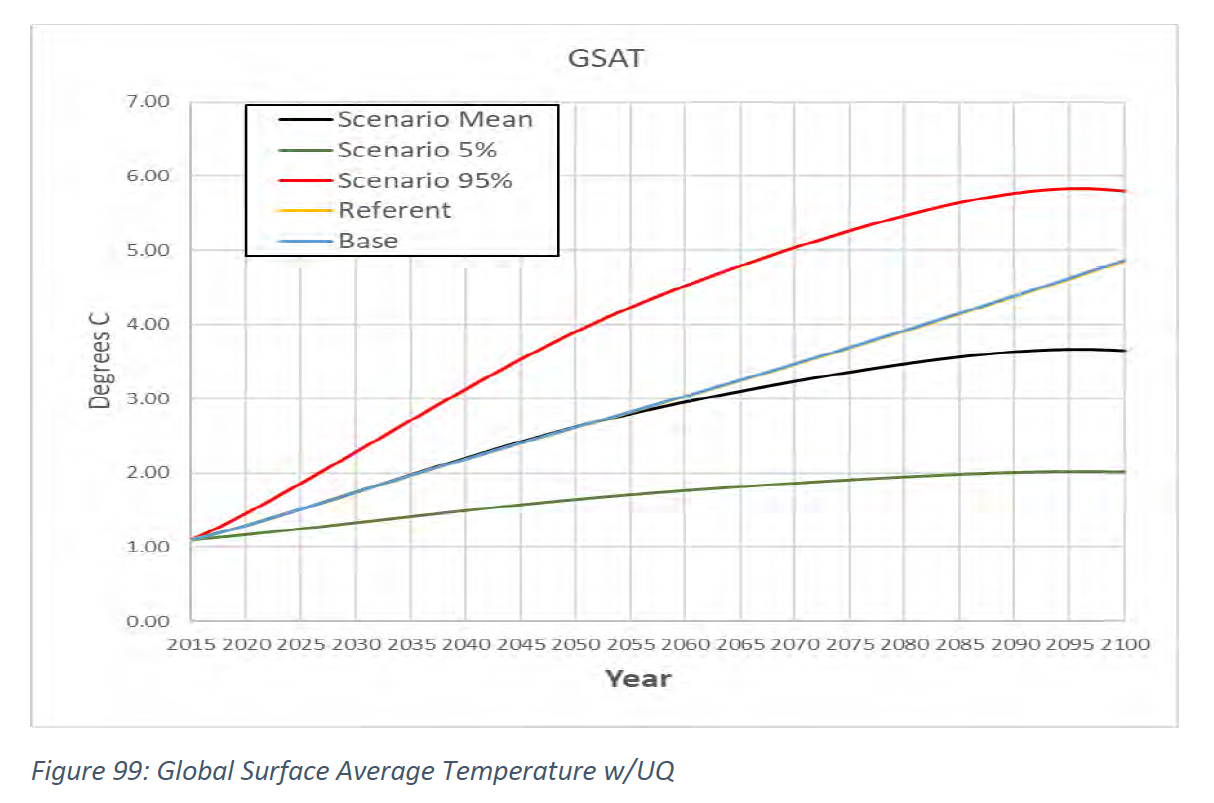 This scenario shows a conventional analysis that attempts to make the GHG transition by 2050. As noted elsewhere the study does not represent optimizatin analysis, and due to delays and growth constraints the transition is not competed until 2057. Temperatures drop substantially from the Referent and Base Cases, but not to the desired 1.5 °C. The excessive natural gas usage in electric generation results from the rapid switch of end-use demand to electricity and the inability of renewable generation to ramp up fast enough. This scenario does not include own-use energy or burden-sharing.

The 3.6o C scenario mean in this case is the basis for the study’s conclusion that we’re unlikely to be able to keep temperature rise below that level by 2100. 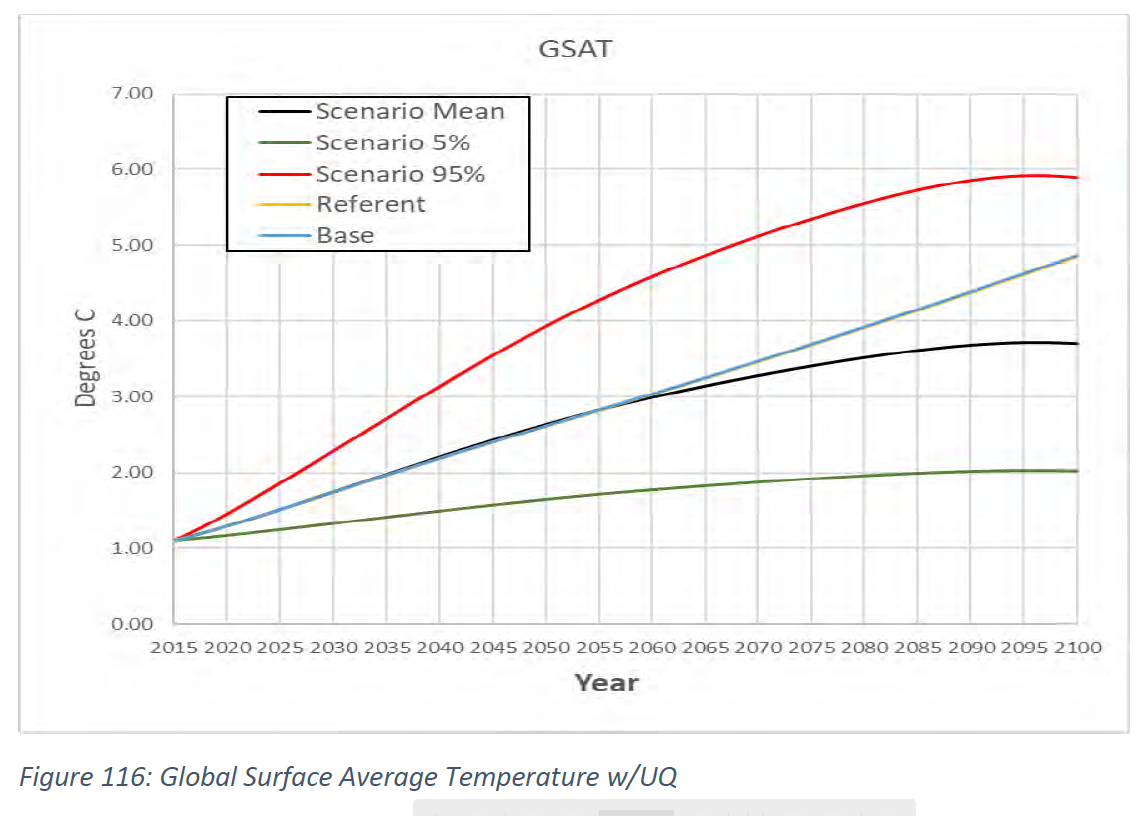 What’s different about this scenario is that it includes the energy-to-make-energy (Own-Use) and has the Advantaged countries paying for 50% of the Disadvantaged countries’ mitigation costs. So the scenario has important economic and other implications, but does not result in a significant change in temperature outcomes from the 100% Mobilization case. 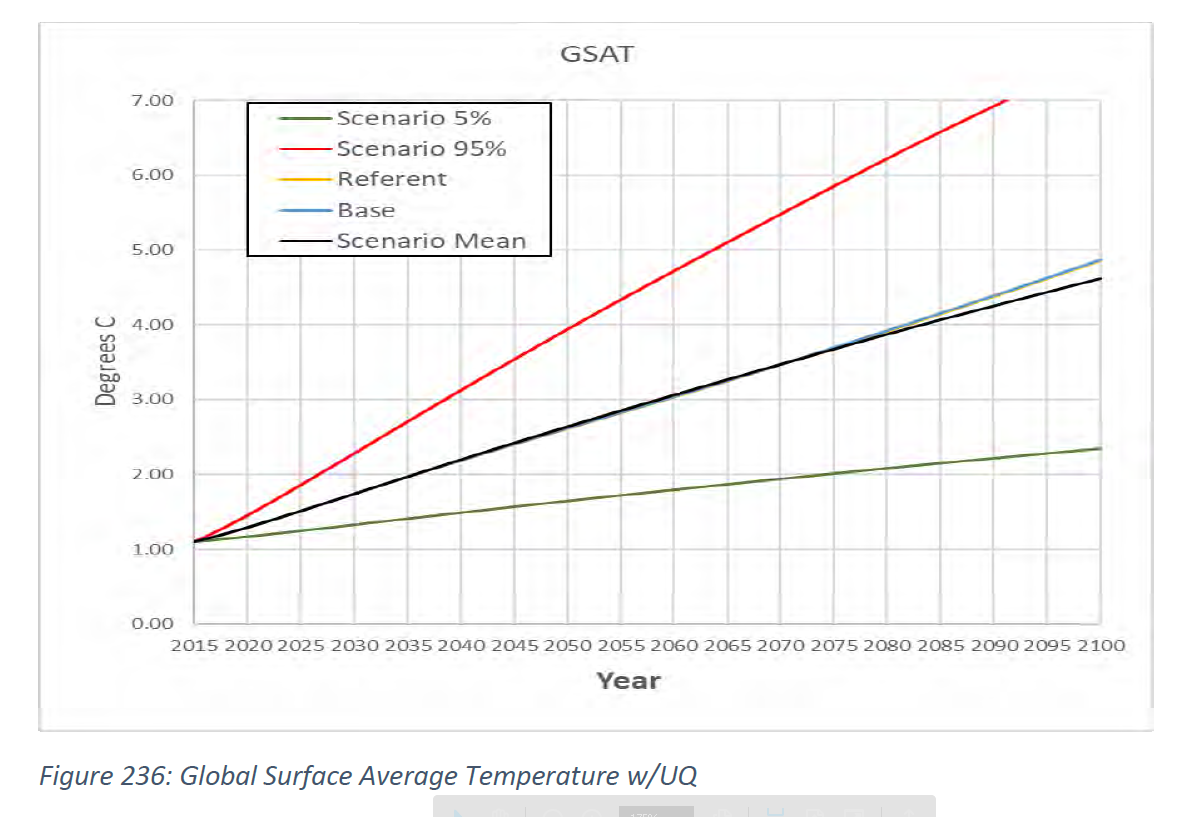 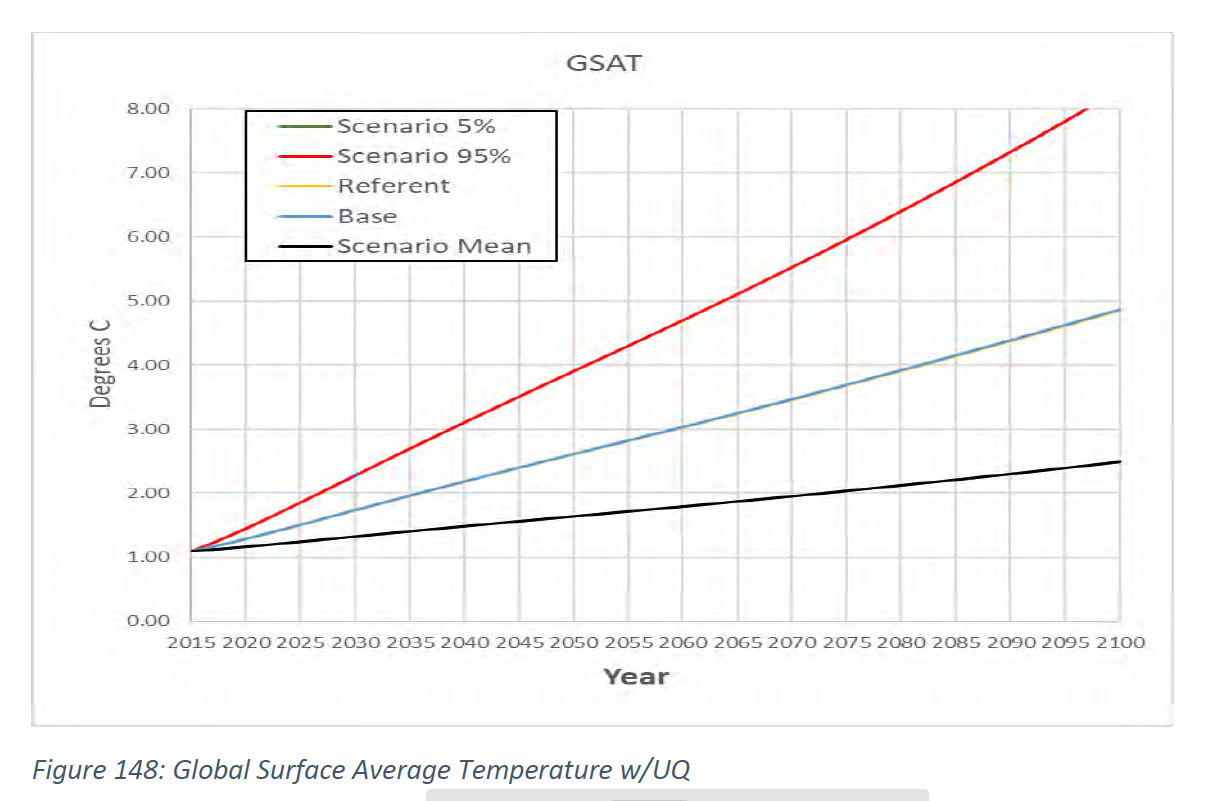 This scenario assumes that climate change impacts come in at the bottom end of the 5-95% confidence interval. As a result the “Scenario Mean” temperature is considerably lower than the Base Case temperature, neither of which include any mitigation Mobilization. 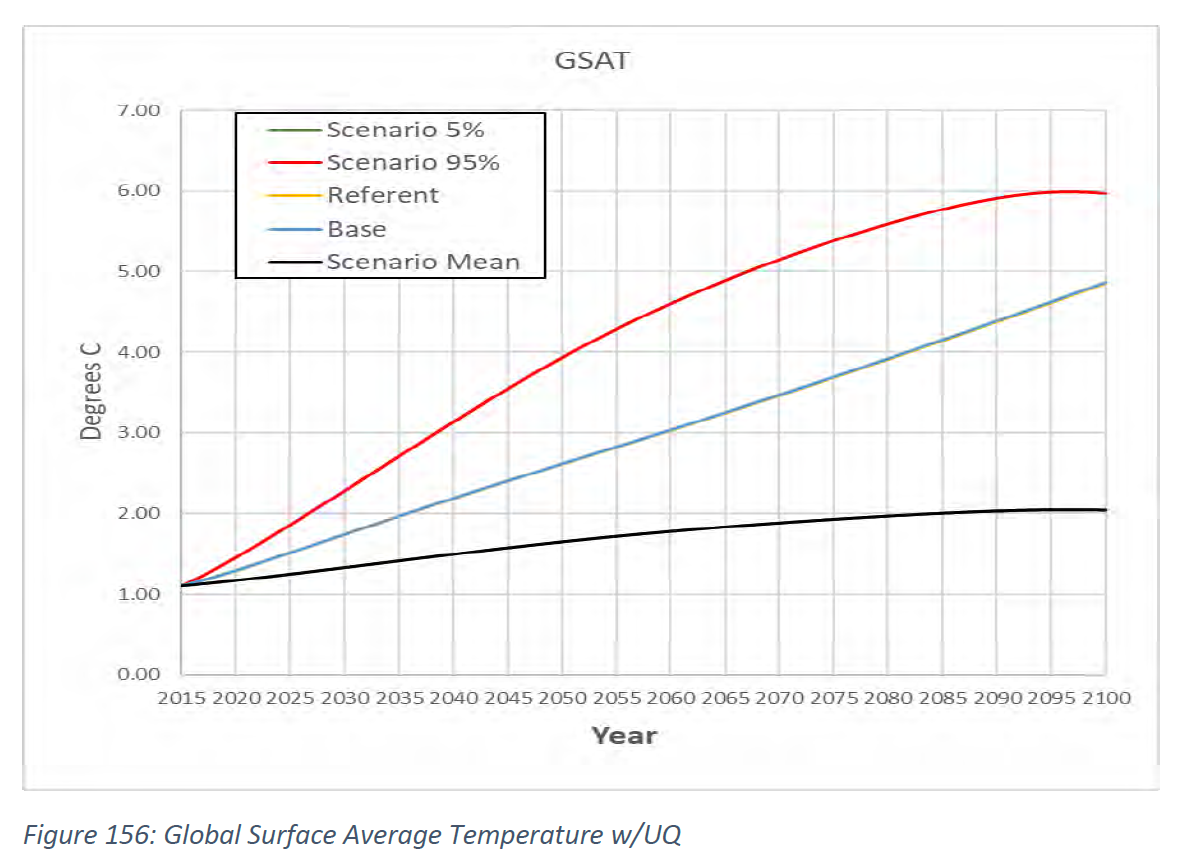 If we’re lucky enough to have the impacts of climate change manifest at the very bottom of the confidence internval, and accompany that with full mitigation Mobilization, 2o C is the result. Which sounds great, but note that the upper end of the confidence interval is at 6o C. The Base Case temperature doesn’t change. 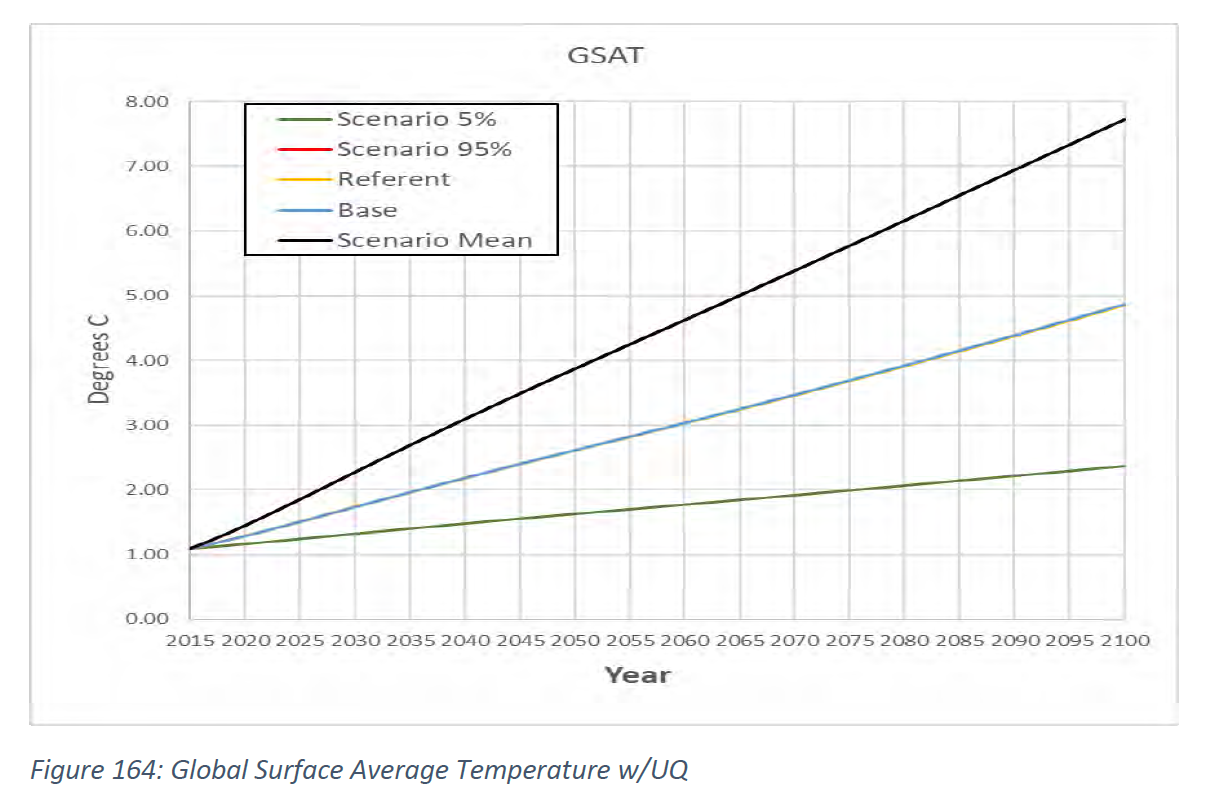 This “Scenario Mean” represents the upper end of the surface temperature confidence interval, with no mitigation Mobilization. 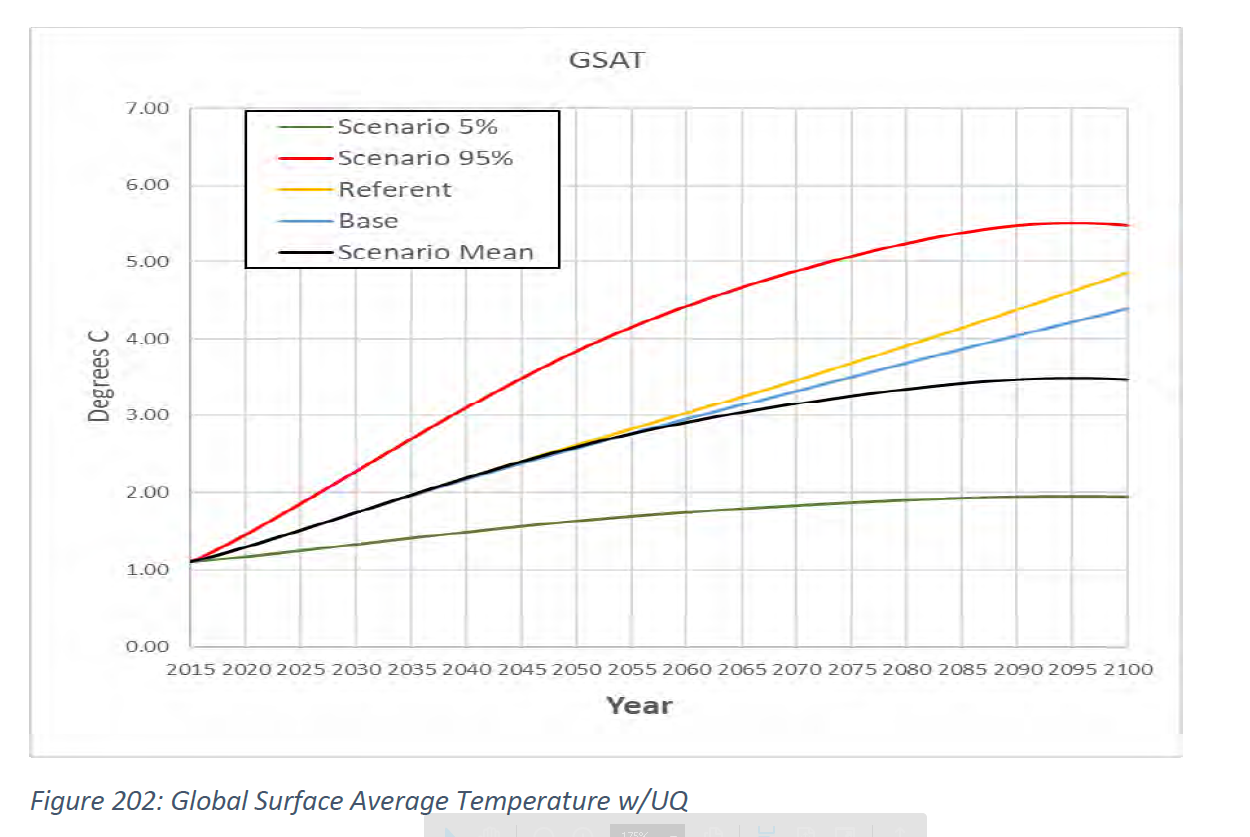